Humans crave for visual pleasure. They want their eyes to be pleased at every instant. They want their eyes to be relieved of stress when they would use their mobiles or laptops. They also want the display of their TVs totally perfect to not only derive the visual pleasure, but also to keep the strain at bay. Wishful thinking, one would say, but with the emergence and further establishment of OLED display screens, all such mentioned wishes have been fulfilled in reality for quite some time now. OLEDs have really given a tough competition to LED and Plasma screen technologies and to say that have been quite successful in pipping them on the popularity charts is a no overstatement. This is because most of the mobiles, laptops, tablets and TV manufacturer companies prefer OLEDs over other display technologies to brighten up their display screens. Their success is down to the fact that OLEDs offer a lot both to the companies as well as the consumers and this is why they have been fairly successful despite being only a few year old technology.

Which is better- LED or OLED?
One feature of OLED that instantly crosses the mind whenever there is a comparison between LED and OLED and that is the thin size of OLEDs as opposed to the thick structure of LEDs. OLEDs are very thin because they do not require, unlike LEDS, a backlight to illuminate themselves. Since OLEDs lit up on their own, they are much thinner in size than LEDs whose working mechanism requires backlight and hence they have to be made thicker. Being so thin on size makes OLEDs very attractive and also impart the aesthetic value to them as well.

Some prominent features of OLED display screens
Not requiring any backlight to light up has more advantages than one. It allows an OLED display to consume the reduced amount of energy, which not only means reduced power consumption, but also means that an OLED screen is much more beneficial to the environment than an LED one, which uses backlight. The reduced size of OLED displays provides them the flexibility to be installed even on gradiented surfaces with ease. Portability is also one of its strongest features, which allows OLED displays to be transported very easily anywhere.

OLED display screens reduce the blur significantly
Screens that use OLED displays tend to produce great image quality with near perfect viewing angle, thus reducing the strain on the eyes. The light output in OLED is taken care of by individual pixels that allows great colour accuracy with localized dimming. The blur that can be often seen in other display screens is vastly reduced in OLED displays because of the faster refresh rate of them. OLED pixels turn on and off very rapidly, which allows the blur to be reduced significantly thus resulting in great picture quality and eventually great viewing. 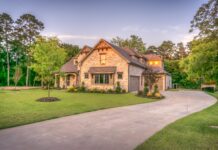 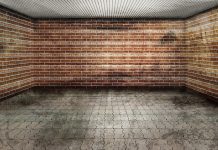 A list of quality services you get from Melbourne Movers

Elevated Building Tasks made easy with Mobile Scaffold in Qatar

Understanding the Difference between Leasehold and Freehold Properties